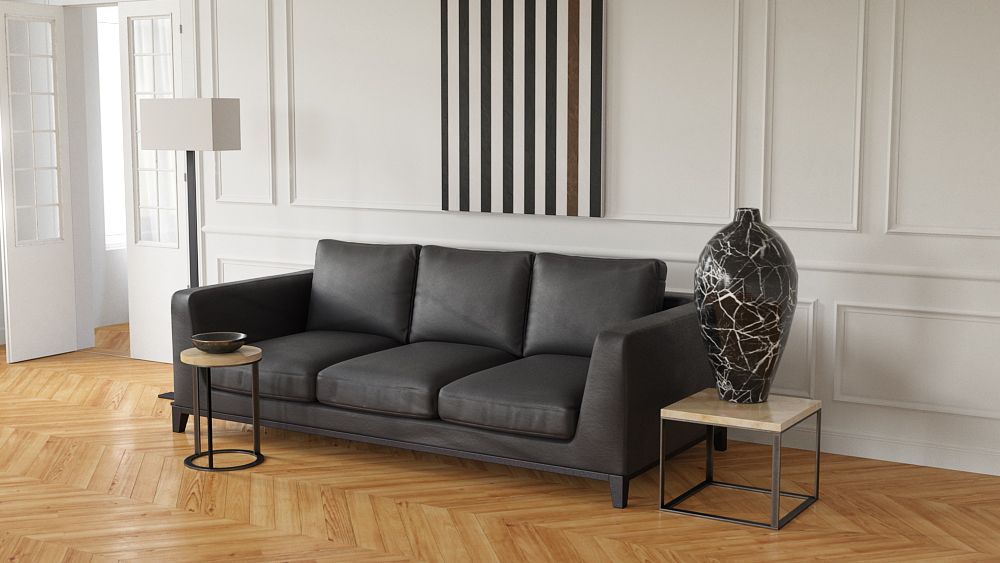 How PBR is Changing the Retail Game

As any retailer or product marketer knows, it’s nearly impossible to sell a product—big or small—without a photograph. Product images allow the prospective purchaser to garner details such as size, attractiveness, functionality, and more in a visual way that simply can’t be communicated by words alone.

Given the current trend of online versus in-person shopping, every retailer is looking for an edge when it comes to e-Commerce. According to Shopify, having a 3D version of a product on your website or using Augmented Reality has been shown to increase conversions by over 100% and reduce returns by up to 40%. AR & 3D on the web give consumers much more information on the products they are looking to purchase because they are able to see the products from all angles and in the context of their environment.

But how do artists make these 3D models of products look so realistic? They use Physically Based Rendering and it’s taking the online shopping world by storm.

Today, we’re going to provide you with an overview of the technology and why it’s a gamechanger for the apparel and furniture industries.

Physically Based Rendering, known as PBR, refers to a method of rendering and a class of materials that are applied to 3D models. PBR uses mathematical equations to approximate how light would interact with a material in the real world including things like reflection, absorption, etc. The main goal of PBR is to render 3D objects as photoreal as possible.

To understand PBR further, let’s use a real-world example. Take your phone, for instance. The glass on your phone is reflective and, by using a PBR material on a 3D model of your phone, you’ll also make the 3D model reflective.

In the real world, all flat or matte surfaces—like concrete—reflect light. Even if only in a small capacity. On the other hand, many metals and liquids reflect a large amount of light.

Taking this into consideration, PBR models attempt to integrate measurements from the photographs of real-world materials to study and then accurately replicate the real physical values while simulating that object’s albedo, gloss, reflectivity, and other physical properties.

As PBR puts a heavy amount of emphasis on microfacets, it often will contain additional textures and models intended to replicate small-scale highlights and cavities resulting from the object’s smoothness or roughness.

Before the introduction of PBR, it required multiple efforts to attempt to replicate the exact same 3D effect on the same object. So if you’re Ikea for instance, and are rendering thousands of pieces of furniture in multiple rooms (i.e. offices, bedrooms, kitchens), an artist would need to spend time tweaking the materials on a 3D object for each different environment. Moving a model from one 3D platform to another was an even bigger challenge. With PBR, the same materials will work in any 3D environment or program (e.g., 3D on the web, VR, gaming engines).

There Are 2 Types of PBR

PBR comes in two flavors: pre-rendered & real-time. Many people in e-Commerce are actually already familiar with pre-rendered PBR as it’s usually used to generate high-quality, still images, or products digitally. While pre-rendered PBR materials have been in use for a long time in rendering on engines, such as V-Ray or Mental Ray; the downside of pre-rendered PBR is that it’s not designed for real-time interactions. It’s designed to only be used when rendering photos or videos. One of the major downsides to this is that it can require an extraordinary amount of time to render and also requires powerful computers or render farms to render the images or videos.

Which brings us to real-time PBR.

Real-time PBR is a more simplified version of PBR that’s designed to be responsive to its environment in real-time, which is important when you want to use 3D models in interactive environments like 3D on the web, Augmented Reality (AR), or Virtual Reality (VR).

What’s great about real-time PBR material is that the same material will work everywhere, instantly without requiring a very high-powered computer. It even works on mobile devices. This is a gamechanger as it allows you to be able to move from photorealistic images to photorealistic interactions.

By helping you take the leap from images to interactions, PBR allows your customers to now interact with high-quality versions of your products on websites.

PBR even allows your customers to place a piece of furniture in their living room and have it react to the actual light in their room. All while using the same 3D model.

This technology can even be used to show your latest fashion collection in VR to buyers halfway around the world without incurring shipping or travel costs.

You can take out your phone and scan the below QR code to test it out:

Changing the lighting environment for 3D on the Web with PBR

You can change the lighting environment by changing HDRI maps (sometimes shortened to just HDR). HDRI maps are the real-world maps that determine the lighting environment for a 3D object. For instance, you could have a daytime environment, an indoor environment, or a nighttime environment. HDRI maps are usually hidden from view so users can add whatever background image they would like. For retail this is often plain white or a simple grey while the HDRI map can be a studio lit with multiple lights in the scene. The important thing to remember is that HDRI maps affects the lighting of an object, while the background is simply an image that has no effect on the actual lighting of the 3D model. Below is the same 3D couch model with different HDRI maps:

In conclusion, PBR isn’t as intimidating as seems. It’s just a fancy way of describing a rendering method that tries to recreate the way materials interact with light in the real-world.  And, when used in real-time, PBR is a gamechanger that’s taking the online shopping world by storm—from apparel to furniture.

To find out more about how VNTANA can help your products stand out, schedule a demo or  contact us by phone or email to discuss your needs.

October 1st, 6:15am – 6:45am PST
VNTANA’s CEO Ashley Crowder will be speaking during the “How to stand out in digital media during Covid” at the VR/AR Global Sumit, more information can be found at VRARGlobalSummit.com